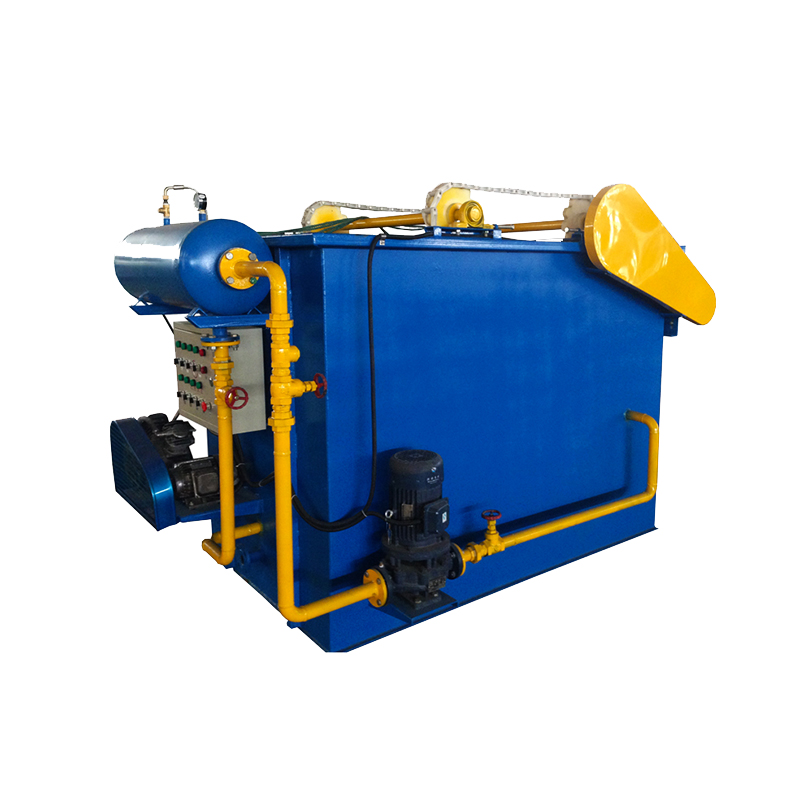 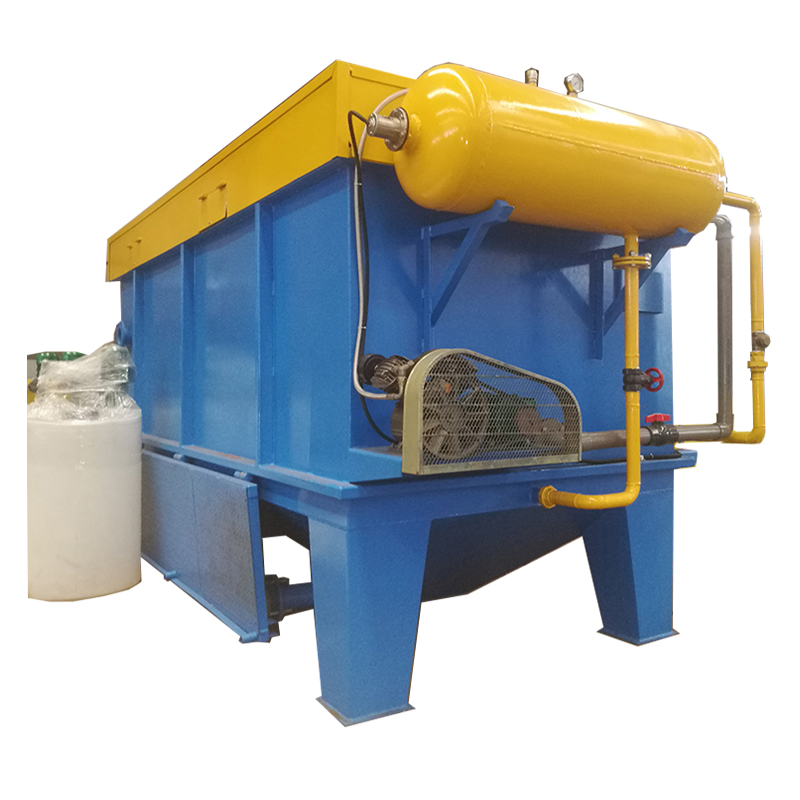 (3) Recover valuable products in industrial sewage such as paper pulp.

(4) Act as secondary sedimentation tank to separate and concentrate suspended particles and sludge.

(5) Aerate to the water while air floating, it has an obvious effect to the elimination of active agent and foul smell in water. Meanwhile, the increased dissolved oxygen provides a favorable condition to the follow-up process.

(6) It can achieve the best effect in adopting this method when disposing the water with lower temperature, lower turbidity and more algae.

The air will be send by air compressor into air tank, then take in air dissolved tank by jet flow device, the air will be force to dissolve into water under 0.35Mpa pressure and forming dissolved air water, then send to air flotation tank. Under the circumstance of sudden release, the air dissolved in water will be dissolve out and form vast microbubble group, which will be fully contact the flocculating suspended matter in sewage, the suspended matter was sent by pump and flocculation after adding medicine, the ascending microbubble group will adsorb in the flocculated suspended matter, made its density reduce and floated to water surface, thus reach the purpose of removing SS and CODcr etc.

Not exactly what you want? 1 request, multiple quotations Get Quotations Now >>

Similar products in other categories: